Looking into repurposing my Psion 5 and found this relatively recent article from 2015 on The Verge:

That monochrome screen, however, is the Psion Series 5’s big weakness — it’s really, really bad. Bad compared to a computer. Bad compared to a graphing calculator. Bad compared to the light-up alarm clock I had when I was 10. It’s both low-contrast and glossy, nearly unreadable under anything but artificial ambient light, unless you turn on a green backlight that I’m guessing eats battery fairly quickly. I’d seen this in old reviews of the Series 5, but it’s still impressively awful.

I have to agree. But at the time I can remember a discussion with colleagues about the screen vs battery life, and why would a pocketable device every need a colour screen? Seems hysterical now. 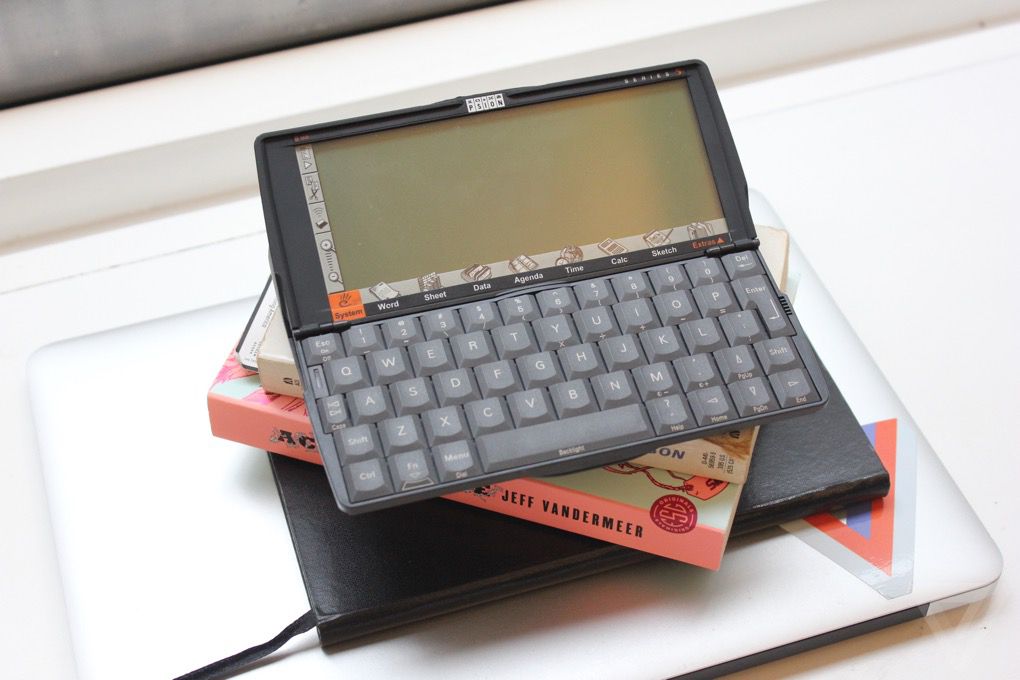 Despite the screen, the keyboard is still the best mechanical keyboard I’ve ever used in a device of this size. And the keyboard mechanism is quite simply gorgeous.

However my current conundrum isn’t just what to use if for, but how to use it? The proprietary file format (EPOC/32) was frustrating at the time, and even more so nearly 20 years later.

The best I can imagine is a single purpose device, writing in markdown EPOC/32 Word and exporting text to ASCII text, saved on compact flash which I can then import to my Mac.

Seems like a lot of work. Especially since I’ve written this entire post on the colour screen of my iPhone.